Working visit of H.E. Mr. Vahram Kazhoyan, Ambassador of the Republic of Armenia to the Lao People's Democratic Republic to Laos. 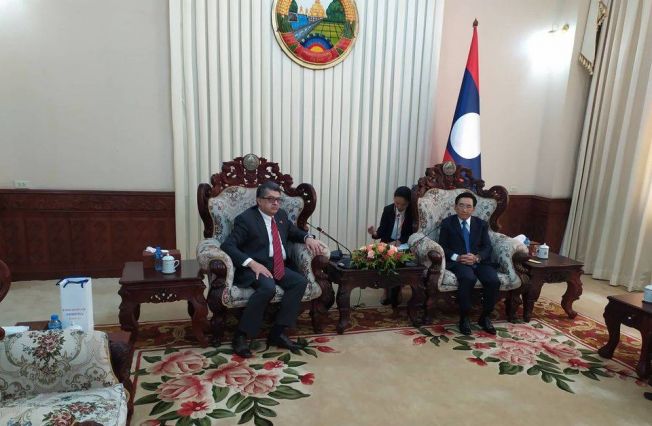 H.E. Mr. Vahram Kazhoyan, Ambassador of the Republic of Armenia to the Lao People's Democratic Republic (with residence in Hanoi), in the framework of his working visit to Lao PDR, had meetings with H.E. Mr. Phankham Viphavanh, Prime Minister and H.E. Mr. Saleumxay Kommasith, Deputy Prime Minister, Minister of Foreign Affairs of the Lao People's Democratic Republic on July 27, 2022.

During both meetings, parties discussed the development and deepening of cooperation between Armenia and Laos in the areas, representing mutual interest, expansion of the legal framework, creation of the Union of Laotian alumni who have studied in the higher education institutions of Armenia during the Soviet years and a number of other issues. Parties emphasized the development of cooperation, particularly in the fields of culture, tourism, education and sports. High-ranking officials of Laos, during their meetings, expressed hope that very soon Armenian products will be available in Laos, especially the Ararat brandy, which enjoys a great reputation in Laos. The interlocutors reached a number of preliminary agreements regarding the signing of agreements between the two governments and their respective ministries, and further deepening of bilateral relations.

Deputy Prime Minister, Minister of Foreign Affairs of Laos Mr. Saleumxay Kommasith expressed willingness to meet his Armenian counterpart in Vientiane and Yerevan, as well as in New York, in the framework of the UN General Assembly in September, 2022.