Working visit of H.E. Mr. Vahram Kazhoyan, Ambassador of the Republic of Armenia to the Socialist Republic of Vietnam to Danang City. 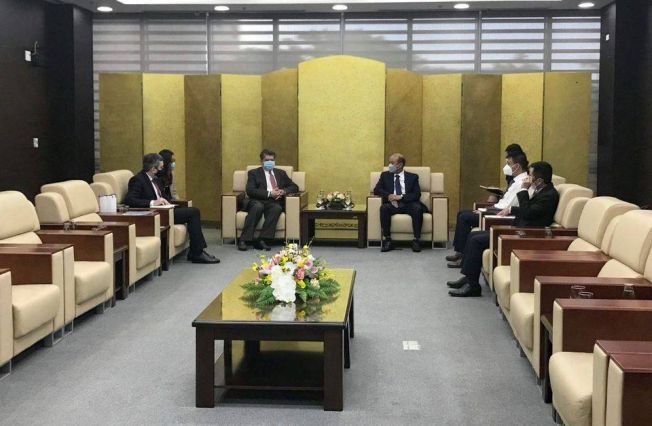 Ambassador Extraordinary and Plenipotentiary of the Republic of Armenia to the Socialist Republic of Vietnam Vahram Kazhoyan, in the framework of his working visit to Danang had meetings with the Vice Chairman of the People’s Committee of Danang City Mr. Le Quang Nam and the Chairman of Sun Group Central Region Mr. Nguyen Van Binh on May 4, 2022.

During the meetings Ambassador Kazhoyan and his counterparts discussed issues of the Armenian-Vietnamese bilateral agenda, as well as the development and deepening of relations in the trade-economic spheres between Armenia and Vietnam, in general, and with Danang City, in particular.

A number of important agreements had been reached during the visit and the meetings, aimed at further development of relations between Armenia and Danang, as well as businesses from Armenia and Danang area, including trade-economic relations. The parties are determined to implement them in the near future.